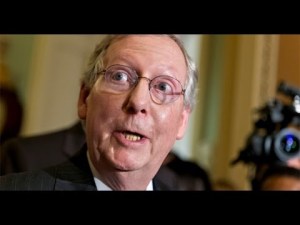 “My God,” shouts Mitch McConnell, after licking Trump’s anus for the 940th time, “that’s THE most delicious thing I’ve EVER tasted! Gimme excess of it!”

“We’re Not Going To Do Anything They Haven’t Been Doing For Years,” Nancy Pelosi Said Today

Quid Pro Quo City, Ukraine.    In a shocking statement this morning Nancy Pelosi, the Democratic Speaker of the House of Representatives, announced her plan to ask China to help Democrats win in 2020.  “I mean, why the hell not,” said Speaker Pelosi. “President Trump and the GOP have been doing things like this for years.  Hell, I doubt they could’ve won ANY election in the past 20 years without outside help.  So, I figure, it’s about time we did the same thing to help keep the political playing field level.  I was just on the phone with Chinese President, Xi Jinping, and promised him that if he can get us dirt on, and nude photos of, Donald Trump and Senate Majority Leader, Mitch McConnell, we would gladly lift all tariffs on Chinese goods when we take over the Federal Government in 2021.  He was more than happy to oblige me and even said, ‘What took you so long to call?  We’ve been eager to help you guys cheat to catch up with the GOP for years now!  Hee Haw! Time to kick some Republican ass!’  Needless to say, we Democrats are thrilled with this development and hope to use Chinese help to seriously bend the 2020 elections in our favor.  Well, until then, God bless America.  God bless Democracy, and God bless free, open, and fair elections.”

QAnon Village, Ohio.     Donald Trump, Paul Ryan, and Mitch McConnell announced today they are forming a new boy band called The Treasonous Three.   “Let me tell you something,” President Trump said earlier, “Mitch, Paul, and I can harmonize like angels singing to Jesus when we belt out tunes.  We noticed how wonderful we sound together at Vladimir Putin’s birthday party a few months back while we were sing, For He’s A Jolly Good Comrade to him.    We sounded so dulcet and sweet we literally brought tears to Vlad’s eyes.   Right then and there, President Putin decided we should form a boy band called The Treasonous Three, and he committed to being our manager.  He’s already been managing our political policies for years, so, we thought, why the hell not this, too.  We will be touring Russia and Ukraine in September, and then we’ll come home to tour America just in time for the November midterms, elections that President Putin has ensured us will most definitely go our way.  So, be sure to watch for the time and date we’ll be in your home town, so you can enjoy the lovely harmonies of The Treasonous Three up close and personal.    You most certainly don’t want to miss it while a treasonous trio is singing right in your own city.   See you soon.  And, until then, remember, if it sounds and looks just like something you really, really want to be true, it is.”