Leonard Nimoy passed away today. As a fan of Star Trek for over forty years, I’m deeply saddened to hear this news. Rest in peace, Mr. Nimoy, and thank you for all the enjoyment you’ve brought to my life with your wonderful portrayal of Mr. Spock over the decades.

Gotham City, Gotham.  Fr. Tickle Me’Booty, animal photographer and matzo ball soup expert, stopped by our Sydney, Australia office today with some pictures he took recently of animals reflecting on religion. We present them below for your enjoyment.

I Think I Had Too Much Wine At Communion Earlier. I Am WASTED! 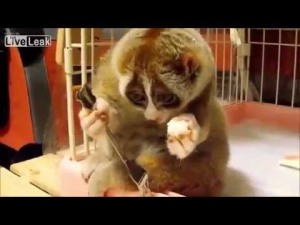 Let Me See If I’m Getting This Right. You’re Saying You Believe This Sugar Cube, And The Honey On This Fork, Have LITERALLY Become The Body & Blood Of Your God Because Some Priest Prayed Over Them?

One Thing I’m ABSOLUTELY Certain Of Is This: IF God Exists, He Most Definitely Has Blue Eyes.

So, Then, I Says Ta My Peeps, “If You Don’t All Worship Me And Kiss My Ass, I’m Gonna Get REALLY Angry And Make You Spend An Eternity In Hell Cleaning Out Kitty Litter Boxes.” 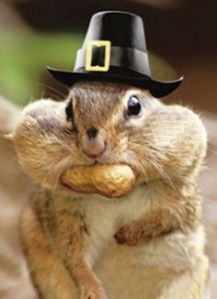 It’s Like The Man Said: “Blessed Are The Nut Hoarders For They Shall Have Food In The Winter.” The Hat’s Just To Keep Me Ears Warm.

This Holy Book SUCKS!!!! It Doesn’t Mention ONCE That The Universe Was Created By A Hedgehog Named Cleo! I’m Tearin’ It Up & Usin’ It As Lining For My Cage.

In a statement today which was marked with paranoia and excessive use of the words “clearly obvious”, James McDickel, official spokesman for the newly founded Conspiracy Party of America, proclaimed the Higgs boson was discovered by an alien race of really smart beings from a galaxy really far from here. “Just think about it folks,” McDickel said. 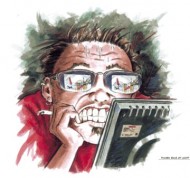 “Since it is clearly obvious that aliens built the pyramids in Egypt because ancient Egyptians, using only human ingenuity, perseverance, and a shit-load of people over a shit-load of time, were far too stupid to have done it alone, it only stands to reason that aliens also built the particle accelerator used in finding the Higgs boson. I gotta believe building a fucking machine that shoots subatomic particles around at the speed of light is far harder to build than a fucking pyramid. I, for one, couldn’t even conceive of such a thing, let alone build one, and I’m pretty damn smart. So clearly, it is obvious, that really smart aliens have once again built something really bitchin’ for us that we ourselves never could have done alone. It truly is time for us to give them the credit they deserve and stop pretending we’re capable of building wondrously amazing things all by ourselves.”

Congress will be debating today what Christians have coined the “Baby-Eater Bill.” It’s a bill which will give a-theists some of the same rights as Christians, if passed, and it’s made some of those Christians very angry. One such Christian is Tom Crabkrotch, an Alabama 7/11 manager and loving follower of Our Lord and Savior, Jesus Christ.

“Mother fucking a-theists are the spawn of Satan and should be flayed slowly alive on National TV, not given the same rights as God’s chosen people,” Mr. Crabkrotch said yesterday. “Those fucking sick, twisted pricks want to sit on the front of the bus like normal people, and drink, now get this, out of the SAME drinking fountains as we Christians do. What the fuck kinda shit is that?! I don’t know about you all, but I’d rather pour lye on my cock than drink out of a fountain one of those baby eatin’ mother fuckers drank from. A piece of baby flesh might fall out of their fangs when they’re drinkin’. That’s sick, man! I DO NOT want to have chewed baby flesh staring up at me when I lean down to take a drink of water. That’s nasty! Now look, I don’t mean to sound judgmental, or have anyone think my heart isn’t full of love for these godless pieces of shit, but they’ve chosen to be non-believers. No one held a gun to their head and said, ‘Don’t believe, or else.’ It’s their own fault they’re hated by Jesus. Jesus doesn’t say anywhere in the Bible that, ‘Thou shalt love stupid fucks who think I don’t exist!’, does he? And since he doesn’t, it’s perfectly logical to assume he wants non-believers to be hated and stuck on pikes from church walls, not sitting next to normal people on the bus.

Lastly, if we allow these deluded fuck heads these rights, who’s to say that they won’t want the right to be legally married next? It’s a slippery slope we’re on once non-believing, sub-human, cannibal a-theists start being granted the same rights as Christians. It may even lead to these demons eventually wanting the right to VOTE! Could you imagine that?! Mother fucking a-theists voting. Fuck! What a horrible thought. Well, that’s my two cents on the matter. I hope you all have a beautiful day now, surrounded in the warmth and love of Jesus, who loves everyone. Well, everyone but a-theists, gays, Jews, and Democrats that is.”

Zoologist and wildlife photographer, Annie A. Nus, dropped off some cute animal pics earlier today at our office in Tokyo, Japan. I present them for you below because I think they’re very cute, and I wrote the captions. Enjoy. 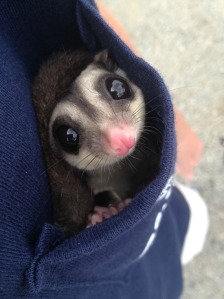 This Apartment Is JUST What I’ve Been Looking For. Is Heat Included In The Rent? 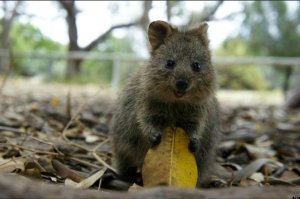 This Is THE Heaviest Fuckin’ Leaf In The World!

Tell Me, Is The S.O.B. Behind Me Giving Me Rabbit Ears?

OK, We Can Date, Occasionally, But For Your Own Good, I’m Simply NOT Having Sex With You. 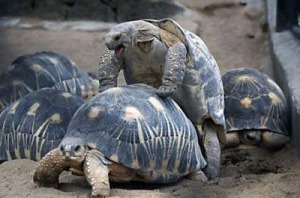 Listen, Woman, I Don’t Care What The Damn Manual Says. If You Don’t Roll Over, This Simply Is NOT Going To Work. 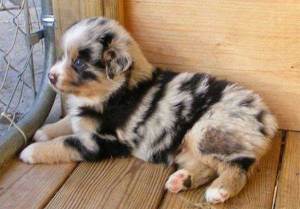 Shit! They’re Home. I Hope They Don’t Notice I Was Playing With The Shoe Polish Again.

Our resident reporter on all things Republican, Dr. Duncan “Tiny” Dicky, stopped by our offices today with some spiffy keen pics he’d taken of various Republican infants. We present them below for your viewing and reading pleasure. We also think you’ll be amused to see that Republicans do not grow up to become douche-bags, they’re born that way. 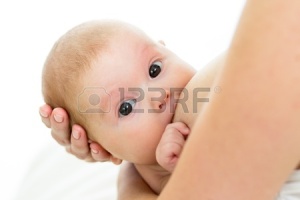 I’m A Christian. So I’m Only Doing This Cause I Need To Eat. I’m Not Even Remotely Enjoying It.

Wow, Mom, This Blood Of The Poor & Needy Soup You Cooked Up Is DELICIOUS!

These Special Glasses Shield My Eyes From The Reality Of Things Like Global Warming & Poverty.

I Saw Two Women Walking Down The Street Holding Hands Saying They Wanted To Get Married! That’s NOT What Jesus Wants!

So, Like, This Black Dude In A Hoodie Bumps Into My Dad, And My Dad, Like, Stood His Ground And Blew The Fucker’s Head Off.

Hmm. Let’s See, If We Drastically Cut SSDI & Medicare, We Can Easily Afford To Give Corporations Making Over 2 Billion A Quarter Huge Tax Breaks.

The Pediatrician Was A Mexican, AND She TOUCHED Me! 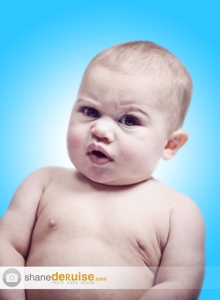 So, You’re Telling Me The 15 Undocumented Hispanic Workers My Folks Have Tending The Mansion Should Make MORE Than 6 Dollars A Day?

Here are more pics of cute animals saying stuff I made up. Enjoy.

This Mask I Made Makes Me Blend So Completely Into This Branch, You’d Need, Like, An Infrared Camera To Know I Was Even Here. 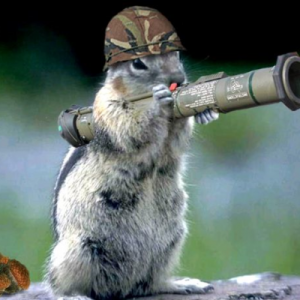 This Is MY Perch, God Damn It, And I’ll Blow Anyone Who Tries To Take It From Me Straight To Hell!

This New Stealth Missile Launching Shell Is Cool. Once Loaded & Closed, I Can Fly On Planes With It & No One’s The Wiser.

OK. I Sent A Drink Over To Her Table. Now, If The Waiter Just Tells Her To Look Over Here Like I Asked Him To, She’ll….BINGO!!!!