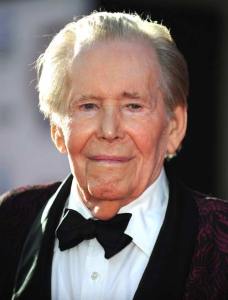 Websville, Mississippi.  “We searched for several months and tested several hundred actors to play Spiderman in our upcoming films,” said Marvel Studios President, Kevin Feige earlier today.  “We finally decided that none of them were able to hold a match up to the acting talents of Sir Peter O’Toole, even though he’s dead.  We at Marvel Studios pride ourselves in casting only the finest actors to play our iconic heroes in our films.  Why should something like death stand in the way of Sir Peter playing high school student Peter Parker, aka Spiderman?  Talent is talent.  Dead or alive.  We’re hoping to make the best Spiderman movies possible, and with Peter O’Toole’s corpse signed for 6 of our films, we feel we’ve taken one helluva step in making that hope a reality.  Exiting times are ahead for good ole Web-head, Marvel fans, just you wait and see.”