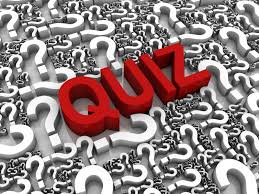 This Trump quiz was written by, and co-sponsored by, Russian President Vladimir Putin and former New York Mayor, Rudy Giuliani.  Take it to see just how big of a Trump supporter you truly are.

1.) Climate change is:  A.) Bullshit  B.) A liberal sob story with no basis in reality  C.) An attempt by Hillary Clinton to rule the world  D.) The true last name of Barrack Obama  E.) All of the above

2.) Evolution is:  A.) A Type of New York style pizza  B.) An atheist attack on Christmas  C.) Something you don’t truly understand but criticize anyway because it’s easier to do that than to actually find out more about it  D.) Whatever Donald Trump tells you it is  E.)  All of the above

4.) Donald Trump’s penis is:  A.) The biggest penis ever  B.) Elephant sized  C.) Used frequently near or around women without their consent D.) Oranger than the rest of him E.) Called “Donny’s ‘lil man” by Vladimir Putin

5.) Robert Mueller is:  A.) A mother fucker  B.) A brutish, liberal thug who’s out to get President Trump  C.) Never sober  D.)  Leading an unwarranted witch hunt against Donald Trump  E.)  All of the above

6.) Reality is:  A.) Whatever Donald Trump says it is  B.) Not anything the liberal media says it is  C.) A fluent, movable thing that rarely is the same thing two days in a row  D.) Based solely on opinion and nothing more  E.) All of the above

7.) Donald Trump is orange because:  A.) He eats a lot of carrots  B.) All superior human beings are orange  C.) It’s Putin’s favorite color  D.) He isn’t really orange, you idiot.  You’re eyes are just playing tricks on you  E.) He gets peed on a lot

8.) Christmas is:  A.) Something Muslims hate  B.) A capitalist’s wet dream  C.) A time to not give gifts to people you hate so they’ll REALLY know you hate them  D.) Warred on yearly by non-believing, atheist bastards  E.) All of the above

10.) Alternate facts are:  A.) The only true facts  B.) True only when a spokesperson for Donald Trump states them  C.) Preferable over true facts  D.)  Not alternate so much as real  E.) All of the above 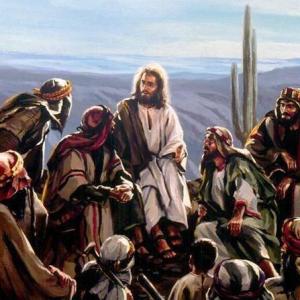 10.)  Always shop on the Wednesday after Thanksgiving, not Black Friday.  There are fewer people shopping then, and all the same sales are still in place.

07.)  If anyone spoils the plot to the new Star Wars movie for me before I see it, I’m sending ’em straight to Hell.

04.)  If your father ever asks you to be crucified so that other people’s sins can be forgiven, tell ’em to go f**k himself.

03.)  Churches would be far holier if they actually paid taxes.

02.)   If anyone sees Lazarus walking about, tell him to pay me the 60 grand he owes me.  What, did you think I brought people back from the dead for free?

01.)   Wish I could tell y’all otherwise, but having lots of money really does make life much easier. 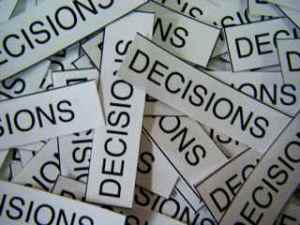 1.)  I decided to swim down to the Titanic to see what it looks like up close but gave up because the water was too cold.

2.)  I decided to give up my job as head of the CIA because I never held the position in the first place.

3.)  I decided to become a leading member of the Yakuza, but, since I can’t speak Japanese, they had no idea what I was asking them, so they told me to fuck off.  At least I think that’s what they told me.

4.)  I decided to purchase a wild, hungry tiger as a pet, but, since it ripped off my right arm and ate it, I returned it.

5.)  I decided to dye my skin orange, become a misogynistic, xenophobic racist, run for President, and win.  However, since that’s already been done, I didn’t do it.

6.)  I decided my God was better than all the other gods that people believe in; started a church; got tax exemption for myself and said church, and now I’m a billionaire collecting tax-free money from my followers.  Praise be to my God.

7.)  I decided to wear my KKK outfit out in public this week, and guess what?  No one cared.

8.)  I decided grabbing women by the pussy without their permission was an awesome idea, and guess what?  The President-Elect of the United States agrees with me.

9.)  I decided to be bitten by a radioactive spider so I could become Spiderman.  However, once I exposed the spider to gamma radiation, it died and was unable to bite me.   Thus, I’m still just a fat white guy with no super powers.

10.)  I decided to say Happy Thanksgiving to all my readers, even the ones fortunate enough to not live in America these days.

10.) Continually used my light sabre as a flash light even though I was repeatedly warned of how dangerous it was.

09.) Put pink lights in all the light sabres making the Jedi appear “gay” during battles.

08.) Used the Force to open beer cans to impress babes.

07.) Used the Force to lift the skirts of hot chicks as they walked by me.

06.) Shaved off Obi Wan’s eyebrows after he passed out during a drinking binge.

04.) Used the Force to levitate my 87-year-old neighbor’s cat causing her to have a mild stroke.

03.) Used my light sabre to cut a man’s car into pieces after he cut me off on the express way.

01.) And the number one reason why I was kicked out of the Jedi Order…..I put Ben Gay in Yoda’s jock strap as a Halloween prank. 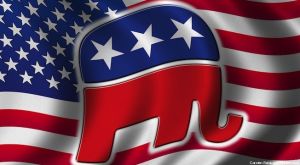 10.) The undocumented Mexican landscapers who charge .15 cents an hour to tend to their yards.

9.) African-Americans who are no longer in bondage.

7.) People who call them elitist bigots.

6.) Rain that spoils their golf outings with the fellas.

5.) The painters who painted their winter home in Florida chalk-white when they left specific instructions to paint it BONE white.

3.) Fundamentalist Islamic atheists who are President of the United States.

2.) Disabled people who are too fuckin’ lazy to work and pay taxes so that they can get bigger breaks on theirs.

1.) And finally, the number one thing that Republicans hate….THE POOR!!!! 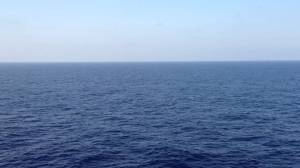 4.) Yes, my eyes ARE watering.  Have you not noticed all the salt in these parts?

5.) Isn’t telling me to go jump in a lake rather redundant?

6.) No, the water is NOT fine with you coming on into it.

7.) What I most like about the shoreline is how great it is for back scratchin’.

8.) I really wouldn’t mind people tossing beer cans into me if they were full.

9.) I’ll admit it.  Whenever people drop messages in bottles into me, I open them and read them then set ’em adrift again.  You wouldn’t BELIEVE some of the things people write!