Donald Trump As The Incredible Baby

Gamma Ray City, New York.   Marvel Studios announced today they will be remaking The Incredible Hulk with Donald Trump in the starring role.   “Yes,” Marvel Studios spokesperson, Sally Wannawail, said earlier.  “We’ve just signed President Trump to star in our new Netflix show, The Incredible Baby.  The show is a remake of the classic Incredible Hulk TV show from the 70’s.   This time, however, instead of a dose of gamma rays turning Bill Bixby into a raging green beast, the show will involve Mr. Trump being turned into a whining, green, little baby every time something doesn’t go his way.   Our first episode shows Mr. Trump as a 21-year-old receiving a draft notice for the Vietnam War and not wanting to go.  He brings the notice to his father who tells him, ‘You know, Donald, your country needs you, and it isn’t very patriotic to not honor your country’s call.’  Upon hearing this, Mr. Trump transforms, for the first time into…The Incredible Baby!  He cries, pouts, screams, poops his pants until, finally, his very wealthy father finds a doctor who’ll, for a price,  write a letter stating Donald has bone spurs and thus can not go to Vietnam.   This calms Mr. Trump down, and he reverts to his adult self, until……Watch Netflix this coming September to find out!”

Stream The Brilliance Of TACP Straight To Your TV With PontificatorFlix

Here are a few original shows now in production for our new video streaming service, PontificatorFlix. It will be available starting this June for a small monthly fee of two Christian infants and a donkey not weighing less than 100 pounds. Sign up now, and receive a free set of Republican-Thumpin’ brass knuckles designed to knock even the densest Republican brain into oblivion. 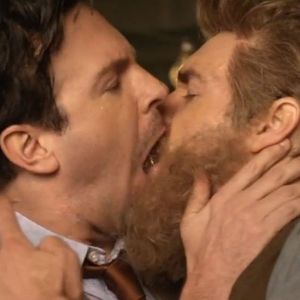 2.) The Walking Fred: Freddie Mercury returns from the grave and walks the earth looking for other undead musicians in order to create a new band called, The Risen Queen.  Enjoy great music and shocking, gore-filled special effects in this soon to be classic horror show produced exclusively for PontificatorFlix. 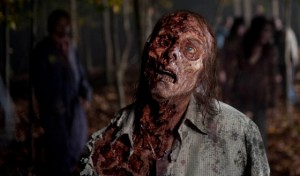 Freddie Mercury Returns From The Dead In: The Walking Fred

3.) Dick Cheney & The Terrible, No Good, Very Rotten, Bad Day: Former U.S. Vice-President and rat-bastard extraordinaire, Dick Cheney, awakes one day to discover he’s been transformed into a 30-year-old, female, Asian prostitute enslaved to a sadistic Iraqi army general named, Eval Mean Dude. Watch in joyful glee as the former V.P. embarks on a life of sexual slavery in a country he once bombed into oblivion while looking for weapons of mass destruction that never existed. This one is rated TVMA for its graphic, and repeated, use of the phrase: “Republican mother fucker, take that!”

That’s all for now, but check back soon for more info on more shows coming soon to PontificatorFlix.