Neanderthal Town, Washington.    In news today that’s sure to wet the palates of Christian bigots everywhere, Grace Church Seattle has announced that it has opened it’s very own bakery.  The bakery specializes in making cakes with a dancing version of Katy Faust’s butt frosted onto them.

Grace Church Seattle opened this bakery to help counter the horrifying attacks bakers the world over face every day from crazed gay people insisting they make cakes for them adorned with statues and the names of same-sex couples.  What better way to fight back against these cruel, mindless, barbaric, homosexuals than by ordering a Katy Faust Dancing Butt Cake from the Grace Church Seattle bakery?  The proceeds from the sales of these cakes will be sent to the families of terrorized bakers across the globe to help them heal from the trauma gays have inflicted on them over the years by ordering same-sex couple cakes.  Each Katy Faust Dancing Butt Cake costs $55.98, including postage and handling.  Order right now and receive a free box of Jesus Hates Fags cupcakes absolutely free, while supplies last.  So, buy a cake.  It’s what Jesus wants you to do. 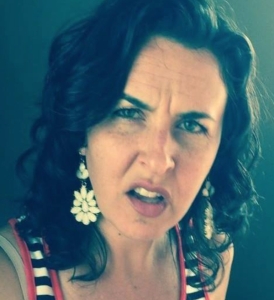 Grace Church Seattle’s Katy Faust Says, “Yeah, So I’m In Love With A Kangaroo.  Ya Got A Problem With That?”

Fiction City, Australia.    While trashing gay marriage on the Australian TV show, QandA, last night, Katy Faust of Grace Church Seattle, an anti-gay, Christian church in Washington State, admitted she will be divorcing her husband, pastor and elder of Grace Church, Ryan Faust, because she has fallen madly in love with a kangaroo named Bouncy.  “I never thought I would ever find an animal attractive, let alone fall in love with one,” Mrs. Faust said earlier, “but when I met Bouncy, while touring the Outback a few days ago, all of that changed.  He’s everything I’ve ever wanted in a man.  He’s able to jump, like, 6 feet into the air and use his hind legs to put a serious whippin’ on anyone who disagrees with me and my bigoted views on gay people and gay marriage. 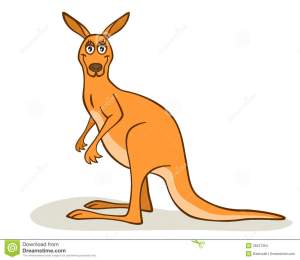 The only real issue I had with Bouncy was that he was a Jew, and I find Jews to be almost as distasteful as I do gays.  BLOODY CHRIST KILLERS!  However, because he loves me so much, Bouncy agreed to convert to my particular sect of Christianity and has joined me in my worldwide campaign to stomp, get it stomp, out gay marriage wherever it rears its ugly head.  So, wish us luck, and please, support us in our efforts to find acceptance in a world that, all too cruelly, shuns those who are different.  Thanks, and have a hoppin’ day.”

Faustshire, Washington.   Grace Church Seattle, that gay-hating congregation of loving Christians lead by Ryan Faust and his beautifully bigoted wife, Katy, has released a brand new, Christian oriented board game called, Chase The Homos Around The Globe.   Proceeds from sales of the game will be used to help the Fausts travel the world and spew their hatred for LGBT people everywhere.  The game is designed to be played by five Christ-loving Christian bigots, and one unlucky homosexual.  It comes with a game board designed to resemble a world map, five white Christian playing pieces that look like Republican Presidential Candidate, Ted Cruz, and one homosexual game piece that resembles the Christian playing pieces only it’s pink.

The cost of the game is 24.95, and, like was said earlier, all proceeds from the sales of it go to help Katy Faust and her homophobic husband spread their particular brand of Christian hate and bigotry across the globe.  Buy now, and receive a, Grace Church Seattle Hates Fags, T-Shirt absolutely free, while supplies last.

Liar Land, Washington.  Disciple for Christ and gay genitalia specialist, Jack M’Cockov, has been hired by Grace Church Seattle’s very own Katy Faust to inspect the anuses and privy parts of every Church member to be certain they are not gay, lesbian, trans-gendered, liberal, or Democrats.  The first person who will have his anus and privy parts examined for signs of gayness will be none other than the senior pastor and elder of the Church, Ryan Faust, Katy’s husband.   “I know this may seem a bit odd for anyone who isn’t a devout, loving follower of the Lord, Jesus Christ,” Mr. M’Cockov said earlier, “but Jesus hates fags, and he’s personally given Mrs. Faust the task to ensure they are discriminated against, legally and publicly, as much as humanly possible, throughout the world.  Recently, whilst in the midst of practicing one of her tyrannical and fib-filled speeches about the horrors of gay marriage with her husband, who also hates gays, she noticed that he, himself, kinda looked…well, he kinda looked…..gay.  Mrs. Faust immediately called me after noticing this because….well….because you can’t very well go around bashing gays and gay marriage if your gay-hating, proselytizing husband is secretly gay.  Imagine the shame and embarrassment of that?!  She also realized, that, even though Grace Church Seattle members are assumed to not be gay when they join the Church, it’s entirely possible some of them might be gay anyway.  Again, we can’t have that.  So, I was hired to sniff the anuses and genitalia of every Church member to check them for the scent of gayness.”

“I learned my gay-sniffing skill from a Catholic priest who used to take me camping when I was 10,” Mr. M’Cockov said.  “He’d have me crawl into a sleeping bag with him and play, Sniff The Weenie And The Poopie, a game he swore would heighten my senses and protect me from perverts and gays throughout my entire life.  Well, it worked.  And it’s now a skill Mrs. Faust has hired me to use to sniff out the gays and perverts who might very well be lurking within the doors of her very own Church.   Let’s hope Mr. Faust isn’t one of them, however.  I can’t imagine Katy spreading her vile form of bigotry and hatred without his help.  I’ll be publishing a very public paper on my findings when I’m finished sniffing around, so watch for it.  Until then, may the all-encompassing love of Jesus Christ surround you, and keep you free from prejudice, each and every day of your lives.  Amen”