Read Below To Learn Why I Hate These People

As many who’ve followed my self-awarded, Nobel Prize winning work over the past 60 years know, I hate the French.   I’ve never said why, but, after receiving close to 500,000 emails in the past 2 hours asking me for an explanation,  I’ve decided to spill my guts on the matter.   Here are my very valid reasons for hating the French.

1.)  The Battle of Hastings.  Need I say more?  These bastards invaded England in 1066, and all but ruined the English language by injecting their fluffy one into it.  Before The Battle of Hastings, a chair was simply called a sittin’ peg.  Now we call sittin’ pegs “chairs”.  Why?  Because of the French and their highbrow, pansy-ass language.  Screw that, man!

2.) Bread.  Before the French decided to roll out bread dough into long, thin loaves, long thin bread was considered abhorrent, and those who made it were burned at the stake as witches.  But, then, along come the goddamn French with their fancy-ass long loaves of bread they call “French Bread” and guess what?   It becomes popular and desired.   I cry FOUL on this one, you French, witch bastards!   You may be able to fool others with your evil, witch ways and nasty, abhorrent, long-loafed bread, but you can’t pull the wool over this Nobel Prize Winner’s eyes.  I’m onto you, and I’m watching you.  HAHAHAHAHAHAHA!!!

3.) French Toast.  This last one is simply the worse.   Before the coming of the French, toast was just toast.  Nothing fancy about it.  You toasted some goddamn bread, buttered it, put jam on it, and ate the fuckin’ thing.  But, of course, this wasn’t good enough for the French.  No.  They needed to dip bread in eggs first, put cinnamon on it, and fry it before eating it.  AND, they, naturally, call this unnatural dish, “French” Toast.  Fuck that!  It’s just toast with eggs and cinnamon on it!  How the hell is that “French”?  Jesus, these people simply can’t touch ANYTHING without defiling it with their “French” ways!   I HATE ’em!  And now, I’m sure you do too.  Thanks for reading, and remember, if you’re American,  arm yourself.  It’s your right and the only way to keep America free.

According To Most Americans, People Who Live Here Talk Funny

French Toast Town, France.   Shocking news was released today by MIT Linguists Professor, Connie Servative in regards to a 15 year study she conducted to determine what percentage of Americans think the French talk funny.  “Precisely 89% of Americans have a feeling deep in their gut that French people talk funny,” Professor Servative said earlier.  “That is a much higher number than the 34% I expected to find 15 years ago when I first began this exhaustive study.   As any decent American can tell you, French people speak in a strange, primitive language that is nowhere near as advanced as the superior form of American we Americans speak.  However, I did not expect so many Americans I surveyed to say French people sounded funny when they talk.  Americans usually have much better manners than to admit such thoughts out loud to people they don’t really know.   Since so many of them did admit this to me, I can only conclude that, indeed, not only do French people speak a language much more primitive than American, it also sounds funny when they speak it.  Hopefully the results of this survey will help the French move into the 21st Century and learn proper American like we Americans speak.  Perhaps then so many Americans won’t think they sound funny when they talk.”

The Ice Planet, Hoth.  Though freely admitting that it had absolutely nothing to do with the terrorist attack on Charlie Hebdo last week, one French military official is, nevertheless, calling for an invasion of Iraq anyway.

The staff of The Arm Chair Pontificator’s French office will continue to keep you abreast of this situation as it develops; so, please, check back with us throughout the day.

Biblical relics that is, and they’re being sold by yours truly, The Arm Chair Pontificator. Here’s a list of some of the relics I’ve acquired via unsavory methods over the years which are for sale.

1.) Jesus’ beard. I “found” this little item in a Jewish dude’s bagel shop here in Chicago. He had the bloody thing hanging in his shop window with a sign under it that read: “Buy a dozen bagels and I’ll let you touch the beard of Christ. Oy vey!”

2.) St. Peter’s Pee. I “collected” this rare specimen from the bottom of an ancient urinal in the Louvre during a visit to France a few years ago. According to a French archeologist I spoke to during my stay, St. Peter apparently peed in the urinal while visiting the Louvre back in the day. The then curator of the museum preserved the urinal, and the pee in the bottom of it, by roping it off and declaring it a relic. St. Peter’s pee can now be yours for the amount listed below.

3.) Mary Magdalene’s panties: I acquired these during a government sanctioned panty-raid while I was working for the Mossad in Israel during the 80’s. That’s all I can tell you about how I acquired them, but I assure you, they are the real deal.

4.) Judas Iscariot’s cell phone: This is the very phone Judas used to make the deal to point Jesus out to the authorities for 30 pieces of silver. I won it on a bet I made with Vladimir Putin on last year’s Super Bowl. God only knows how he acquired it, but it is, once again, the real deal. Anyway, the damn Russians don’t know shit about American football. Putin was an idiot to bet it on the game, but now you can be the envy of all your friends by buying it from me for but a token of its true value. 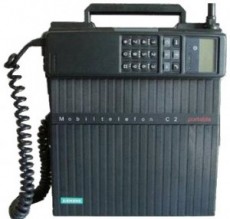 That’s all for now, but be sure and check back soon for the sale I’ll be having on the animal dung I gathered from Noah’s Ark last year. It’s guaranteed authentic shit.