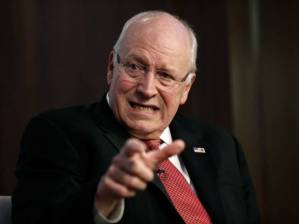 “Your goddamn right it was fun,” Cheney said today. “I got a stiffy every time I made another human being scream in pain and beg me for mercy. And why shouldn’t I have, goddamnit! Do you not remember 9/11? Americans were attacked that day. We hurt. We bled. We lost loved ones and cried. Well, what’s wrong with us getting revenge by torturing the living shit outta some of those who may or may not have known someone who may or may not have been somehow, perhaps, involved in the 9/11 attacks? They were fuckin’ Muslims for Christ’s sake! Who the fuck cares if we tortured ’em? Certainly not the CIA agents who also got stiffies from making other humans scream and beg for mercy. Fuck, they loved doing it as much as I did. Man, you haven’t lived until you’ve stuck a tube up some dark-skinned Muslim’s ass to “feed” him. Ha, ha, ha! Oh, man, if I shut my eyes, I can hear the screaming as if it were happening right now. Funny as fuck, I tell ya. Ha, ha, ha, ha, ha! I crack myself up. 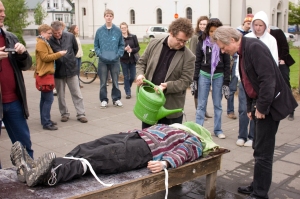 If you promise not to tell anyone, I’ll let you in on a little secret. I love torturing people so much, I’ve been helping a few conservative Republicans I know torture liberal, pansy-ass Democrats for years now. It isn’t exactly legal, not yet anyway, but it soon will be. You see, my home boys have total control of the House, the Senate, and the Supreme Court, and in 2016, we’ll have control of the White House, too. I can guaran-fuckin’-tee you of that. Cause the liberals are too weak to stop us, and even if they weren’t, we’d just keep torturing ’em until they were. Ha, ha, ha, ha, ha, ha! Christ Almighty, do I ever crack my shit up!” 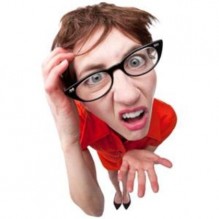 What Do You Mean, English Isn’t An American Creation?

In unsurprising news today, Oxford University released its findings on a 13 month study which confirmed the embarrassing fact most Americans are unaware the English language originated in ENGLAND and not New Jersey. “Wow!” said Nancy Silliasskiss, an American. “England? People there sound, like, so fucking weird. Hell, I’d even say, effeminate, if I weren’t a lady myself. No fucking way my language started there! Someone’s fuckin’ with me. Right?”   “The sad case is,” said Oxford Professor, John Stuckupagus, “is that so many Americans are so poorly educated, and so arrogant at the same time, little in the world makes much sense to them at all, and they blame those who point this out to them for, well, pointing this out to them. Our prognosis for America is very poor. Do you realize there are groups there who literally deny the science of evolution and are vehemently fighting for creationism to be taught in public schools instead? Really, I’m not fucking with you. Sad, isn’t it.” 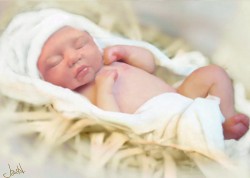 Just in time for Christmas, the Baby Jesus today made a stunning, and somewhat surreal announcement: “I’m a hard-core methamphetamine addict and have been for many years.  It isn’t easy saying this knowing that there are so many children who look up to me and want to be like me, hoping that they, too, can be brutally tortured and killed one day for the sins of people not yet born.  But I can’t fight the demons that make me chase the elusive methamphetamine dragon by myself anymore.  So I’ve decided to take this Christmas off from my usual duties of lying around in mangers and cooing cutely while folks pass by. Instead, I’ll be focusing on working the 12 steps of my N.A. program with the help of my sponsor, The Holy Spirit.  His battle with alcohol is legendary up here in Heaven, and I gotta believe, if he learned to live without vodka, I certainly can learn to live without a continual methamphetamine buzz.  In the mean time, Baby New Year will be filling in for me and covering all my Christmas responsibilities for the year.  He ain’t too happy about it though, having to start work a month earlier than usual. Thus, you may notice a bit more crankiness from the Baby Jesuses you encounter this year. He’ll pull through, though, and, by next year, I’ll be meth free and back to the old grind like usual.  So to all my fans, Merry Christmas, and please, keep me and my battle with methamphetamine in your thoughts throughout this blessed season.  Best always, The Baby Jesus.  Heaven, 12/03/2014.” 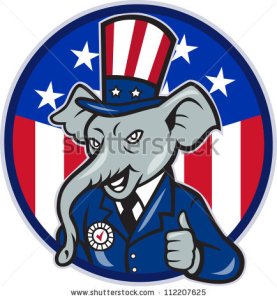 Republicans Say: Thumbs Up To Hating The Poor!

“The poor are needy, pesky, and demanding,” Republican Texas Senator, Bill “Big Gun” McDraw said today, “and they smell bad. Now that we Conservatives control the House, the Senate, and the Supreme Court, we believe it is time we speak out about our true feelings. Besides, why hide what everyone already knows, we truly, deeply, and honestly hate poor people. Not all poor people mind, just those we don’t have under our direct influence. Those working for pennies as our maids, gardeners, and nannies are just fine, at least the ones who don’t complain about their pay are. We do, unfortunately, need some of them. Otherwise, we’d have to get our hands dirty doing menial work. UNTHINKABLE! Jesus would kick our asses outta Christianity if we showed up to a Sunday service with soil under our nails or callouses on our hands. No. It’s poor people who want things like Medicare, Social Security, Obama Care, and food stamps that aggravate the bejesus outta us. They are a drain on our gross profits and require us to pay higher taxes. We just HATE taxes. 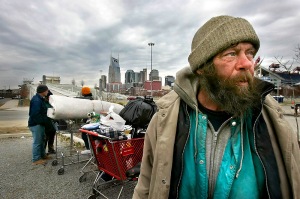 Enemies Of The Republican Party

The demise of those earning below $20,000 a year would greatly benefit us. It would also make Jesus very, very happy. You see, Jesus only loves those who love themselves enough to not be poor. All were given the free will to choose not to be poor. Being poor is akin to being lazy, and being lazy is evil. Thus, the poor are evil and need to be eradicated. The Republican Party hereby declares to do all in its power to eliminate poverty in America by systematically wiping out every Government program that aids the poor in any way. Every single one of them. The only thing that can stop us is people gathering together and voting us out of office before we can do it. But, as the last election showed, there isn’t a snowball’s chance in hell of that ever happening. God bless you Conservative America. God bless you one and all.”

God today, from His vacation home in Naples, Florida, issued a brief statement declaring He has taken the right to be called “human” away from those who deny the Holocaust.  “Let me start by saying, for those ‘Christians’ out there who fail to understand this, that I’m a Jew, and so is Jesus, my son,” God said. “And as a Jew, I’m disgusted and sickened by the actions of those individual entities known as ‘Holocaust Deniers.’ As well, I’m just as sickened by those who debate the final numbers of Jews killed during the Holocaust, as if 5 million murders is somehow less horrific than 7.  They seek to place blame on the victims of the Nazis by suggesting they deliberately exaggerated these numbers for the purpose of gaining sympathy. What right do those who seek to wipe out the crimes of Hitler and the Nazis have to call themselves human?  The brains of Holocaust deniers are small, feeble, and weak.  They espouse untrue and blatantly anti-Semitic nonsense and are an offense to me, God. Therefor, I am denying them the right to be called human. Henceforth, they will be known simply as ‘The Nameless Ones.’ As well, I will be certain that, when they die, they spend an eternity in Hell, being gassed to death, over and over and over again, in a ghoulishly designed gas chamber which, I assure you, they will not once deny is real.  Til then, your very Jewish friend, God.”