As everyone who follows this blog knows, I ran a very intense campaign in 2016 for the Presidency of the United States.  Like Donald Trump, I too tried to get Russian President, Vladimir Putin to help me win it.  Here’s a list of some of the things I offered Putin in exchange for his help. 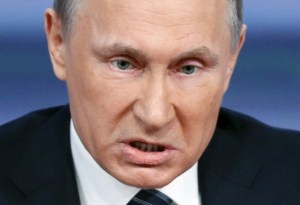 8.)  A working VCR and 4 video taped recordings of the first 3 seasons of The Golden Girls.

9.)  My second grade report card with my mother’s signature on it.

Sadly, even with me offering him all these wonderful things, Putin decided to help Donald Trump win the Presidency in 2016 and not me.  And we all know how THAT’S turned out.  Happily, I’m trying again in 2020, and THIS time I’m going to ask Kim Jong-un to help me.  Hopefully, he will.  I’ll let you know.