The following 10 statements are all true.  “They” all say this.  And when have “they” ever been known to be wrong? 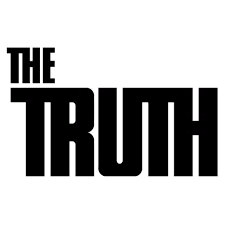 1.)  Atheists are people who do not believe in the real God.

2.)  It is harmless to dismiss all news you don’t agree with as fake.

3.)  When Republicans say they want to get rid of food stamps, SSI, Social Security, Medicare, and Medicaid, they’re only talking about taking them away from illegal aliens, black people, Democrats, and Hispanics, not real Americans who depend on these programs to live.

4.)  If you do not accept Jesus as your true Lord and Savior, you’re a Muslim.

5.)  White, Christian men do not commit acts of terrorism in the U.S.  Only dark-skinned Muslims are terrorists.   White men who shoot up churches and schools are simply “mentally ill”.

6.)  If you believe in equality under the law for women and equal pay for equal work for women, you’re gay.

7.)  If you’re a transgender women you’re merely a male who wants to go into women’s restrooms to rape them.  Transgender women raping genetic women in restrooms across America is the greatest crisis facing Republicans today.

8.)  There are no poor people in America–only very lazy people who refuse to work.

9.)  Men who believe in climate change are beta cucks.

10.)  The wealthiest people in America deserve the biggest tax cuts because they work the hardest, are extremely good-looking, and believe very strongly in the Lord Jesus Christ who loves money, and real estate, more than his own mother.