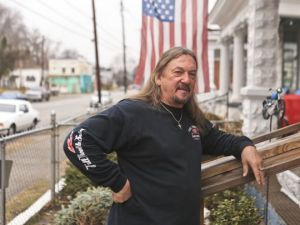 I Look A Lot Like This Guy With Shorter Hair

As a middle-aged, Midwestern, white male with a heavy Chicago accent and a look about me that shouts, “TRUMP VOTER,” I get a lot of similar people, who truly are Trump voters, sharing their views with me.  I silently sit and listen to them because it is very informative.  Now, granted, I do not know EVERY Trump voter from EVERY part of the country, but I do feel I’ve got a pretty good understanding of the thought processes involved in the ones I do know, and it isn’t pretty.  There’s a sense of entitlement in them that makes them feel rage that America is becoming more diverse and accepting of said diversity.  There’s a need, a rage-filled need, to win and destroy all those they see as different from them by any means necessary.  As long as THEY come out ahead, in their minds at least, whatever Trump does to assure victory is fine.  There is a deep, deep underlining racism and sense of “whites being persecuted” in them.  There is far more of this than polls and the media say.

Few people will say blatantly racist things to TV reporters or in poll questions, but, while having a few beers with a perceived fellow Trump supporter, the “n” word and other such words are bantered about freely.  Believe me, they are.  The rage and sense of white entitlement in these folks is difficult to describe without seeming like I’m exaggerating.  I’m not.  Since 2015, I’ve spoken, or been spoken to, by dozens upon dozens of Trump supporting white, Midwestern men, and the song is always the same. “It’s THOSE PEOPLE’S fault the country is awful  The Mexicans, the blacks on welfare, and the illegal immigrant workers who steal our jobs are the cause of ALL my woes, and they MUST be stopped!”  They tell me.  “It’s Trump and Trump alone who can save us from this crap!  He tells it like it is.  He’s a straight shooter! I LOVE the guy.  Who cares what he does privately.  He’s there representing us, the forgotten white majority in America.”  No. No, he’s not.  Trump is using the hate, anger and confusion inside these people to justify his efforts to make himself absolute dictator of America, and, worse of all, the GOP is helping him.  They need the votes of his supporters to help them win their elections.  Hitler did this. Mussolini did this.  Tyrants do this. 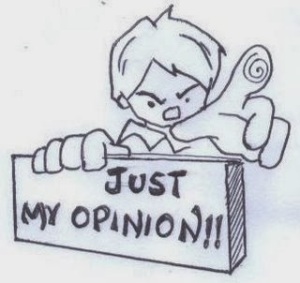 And It Happens To Be Right

I see the diehard Trump supporter as a lost cause, an obstacle we unfortunately need to overcome to keep what happened in pre-WW2 Europe from happening here.  We can only do that by voting and convincing others, who feel uncomfortable about what is happening, to vote too.  Every vote matters.  We must make every peaceful, legal effort we can to free ourselves from the tyranny Trump and the GOP represent.  I will not live in a theocracy of any kind, Muslim OR Christian.  I REFUSE to have the so-called morals of “The Moral Majority” crammed down my throat.  I will not quietly sit by while the rich continue to suck the life from our nation by refusing to pay taxes and by developing a welfare system for themselves that makes Uncle Sam act as their own personal Santa.  This is a war, only a psychological one at this time, but one that will only get uglier, and perhaps even violent, the longer it continues.  America is a land that was made for you AND me, not for just Trump, his supporters and their rich cronies in the GOP.   $Amen$

75 thoughts on “On Trump Supporters”