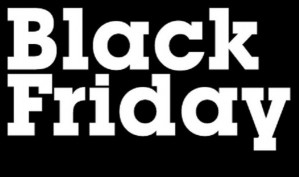 I Will Tolerate Discrimination No More

Black Friday has filed a discrimination suit against White Christmas stating White Christmas refuses to sit next to him on buses and trains during the cross-country tours the two make together yearly at this time. “I’ve had enough of his discriminatory crap,” an angry Black Friday told reporters today. “White Christmas thinks he can treat me however he wants simply because he’s a Sunday and White, and I’m a Friday and Black. He literally makes me sit at the back of any vehicle we ride in together, and he expects me to carry his luggage for him all the time too. For years now I’ve just done whatever he wanted because my self-esteem was very low. I’m a Friday in a Christian country. Fridays are not the most chipper days with the Christian faithful. Jesus was brutally tortured and crucified on one. Not exactly a ringing endorsement for day of the Christian week, eh?  One thing Fridays and the Jews have in common is that Christians blame us both for something we had absolutely nothing to do with, the horrific murder of Jesus.  As well, I’m African-American, and getting a fair deal in a country ruled by a powerful bigoted bunch of tight-ass wealthy white people is truly a mother fucking bitch. It’s hard to look on the bright side with stresses like that put on you just because of who you are. 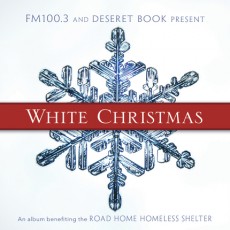 Being Sued For Racial Discrimination

It’s Sundays Christians most love in America, Sundays and things that are white. Jesus resurrected on that day, and all of Jesus’ worshipers gather on that day to kiss his ass for choosing to save them over blokes like me.  Just call something white, and it gets immediate acceptance in America. White picket fences around little white houses set next to snow-capped hills are things American fairy tales are written about.  But it’s all a bunch of shit made up to keep guys like me feeling guilty about wanting my fair share of the American pie.  So I’m taking White Christmas to court, and I’m calling him out for his bigotry and his racial discrimination against me.  I’m gonna make that bastard put my kids AND my grand kids through Harvard med school with the money I’m gonna get from him. We’ll see how superior he feels then. Bastard.”