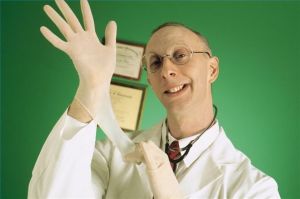 Buttville, Mississippi.   The Justice Department announced today that a special proctologist, Dr. Phil Meholeup, has been appointed to closely exam America’s anus after the pounding it has been taking from Trump and the GOP over the past several months.  “I’ve already found multiple tears and fractures along the civil liberties and democratic parts of America’s anus,” Dr. Meholeup said this morning.  “The anal cavity of America has never in its existence been as powerfully and consistently violated as it has been by Donald Trump and the GOP in recent months.  The lack of ANY form of lubricant being used has also added to the damage Trump and the GOP are doing to America, its anus, and its democracy.

I’ve also found much evidence of Russian penetration into the anus of America.  The GOP Loves Russia banners and video tapes of Trump kissing Putin’s ass are scattered throughout America’s anal cavity like polyps on the colon of a 75-year-old cancer patient.  The tears along the lining of America’s rectal walls being caused by this horrid violation may become too severe to heal if we don’t find a way to stop it soon.  So, for all those who love America, liberty and democracy, please write to your representatives in Congress and demand they immediately find a way to stop Trump, the GOP, and their Russian masters from continuing their rampage up the anus of our country.  If they don’t, America will soon have no anus left to be violated.”