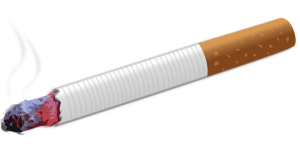 The New Surgeon General Of The United States

Hackville, North Dakota.   In a stunning move today, President-elect Donald Trump announced he’s given the job of U.S. Surgeon General to a giant cigarette.   “The job of Surgeon General is a bigly one,” Trump said earlier.  “I firmedly believe this giant cigarette will perform the job of keeping America great again far better than any lying sissified doctor could.  As all of my supporters know, cigarettes do not cause cancer.  They’ve been maligned over the decades by liberal media pansies because they are stupid dumb-dumbs.   Cigarettes are as American as Jesus, guns, and poorly educated white, male voters.   Thus, I find this appointment to be really, really unwrong and awesomely pro-correct.   It is also a goodly appointment because….America!  And because….Freedom!  May God bless all of my supporters and give everyone else cancer.  Amen.”