Here are a few pics of Bible characters who had appetites that were, to say the least, rather insatiable.

Baby Jesus Had Quite A Problem Keeping His Weight Down. His Mother, Mary, Once Said About Him, “Yeah, That Little Dickens LOVES His Donuts, And, Since He’s, Well, God, He Can Simply Materialize Them Whenever He Wants Them. Makes It Damned Hard To Monitor His Diet, I Must Say.”

Mary Magdalene Had A Love For Pasta That Was Notorious Throughout The Ancient World. August Caesar Once Said Of Her, “That Lady Sure Can Eat. I Invited Her To The Palace For Diner One Night And It Cost Me, Like, 450 Bars Of Gold For The Pasta Alone. That’s A LOT Of Gold, Even For The Emperor.” 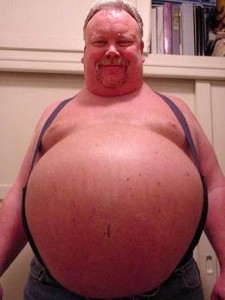 Not Only Was St. Peter A Heavy Fella, He Had A Belch So Loud It Shook Buildings, At Least According To St. John. “Yep,” John Once Said, “Peter, After Eating An Entire Roasted Pig All By Himself, Belched So Loud The Doors Of The Restaurant We Were In Literally Fell Off Their Hinges. Wild Guy, That Peter.”

26 thoughts on “Bible Characters Who Had Weight Problems”