Get ready to laugh your backside off this fall when TACP Studios new film, Barack And The Giant Peach comes to a theater near you.   The film stars Barack Obama as a poor peach farmer named Barack Pickleburger who comes across a magical talking giant peach, played by Donald Trump, while picking peaches in his peach tree orchard one day. 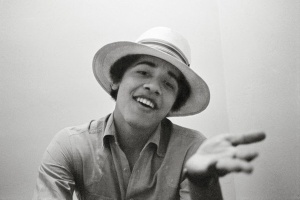 The two immediately get into a name-calling contest over whose political ideas regarding the inalienable rights of peaches are correct.   Barack strongly feels peaches are here to be freely eaten by humans and emphatically says things like, “The only good peach is a chewed peach.”  And, “A peach not being eaten has absolutely no business being in America.” 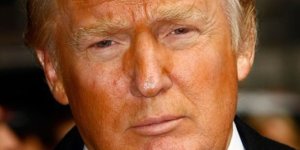 Donald Trump, as the Giant Peach, retorts with witty comments like these: “Peaches are valuable just because we are.  Eating us is not only unnecessary, it’s barbaric and cruel.”  And, “If you don’t stop eating my people, I’m going to build a wall around this peach tree orchard so you can’t get to it, and I’m gonna make YOU pay for it.”  Enjoy the laughs this fall!  Buy your tickets now for Barack And The Giant Peach on Fandango before they’re all sold out.  This is a film you most definitely do not want to miss.

30 thoughts on “Coming Soon From TACP Studios: Barack And The Giant Peach”