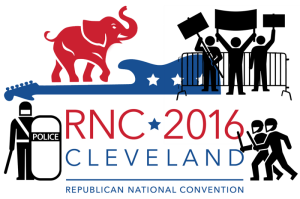 A Convention Of Really Smart People

Cleveland, Ohio.    A poll was conducted this morning on the floor of the Republican National Convention asking attendees what day of the week they thought it was.   “I wasn’t sure what kind of answers I was going to get,” said poll conductor, Sally B. Moist.  “With the high level of intelligence most Republicans have, things like what day of the week it is often slip our minds.  But, I’m proud to report, that 4 out of 10 of the Republicans I surveyed this morning were fairly certain today was Wednesday-that’s like what, 20 percent almost?   Not bad, eh?   This poll just goes to show you, Donald Trump is our nominee for President for a reason.  We’re a bright group, and we’re hoping to pass our brilliance on to the rest of world this November when Donald Trump becomes our next President.  Now, if I could just remember what year this was, I’d have a much easier time figuring out how old I am.”