Elie Wiesel, holocaust survivor, Nobel Laureate, political activist and author of the book Night, in which he describes his experiences as a prisoner in the Auschwitz concentration camps, passed away July 2nd at the age of 87.

While this is a great loss to the world, we can take comfort in the fact that Mr. Wiesel has donated his hair to Bernie Sanders so that at least a part of him can continue the good fight for progressives everywhere. 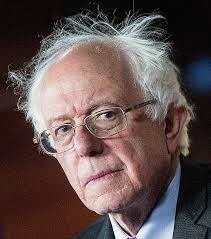 “I’m so honored to have Elie Wiesel’s hair implanted on my head,”  Mr. Sanders said earlier.  “It not only makes me feel wiser, it helps very much in keeping my head warm on cold nights.  Mr. Wiesel was a great man.  His hair was also great, and it will live on on my head for as long as I carry breath in my lungs.  R.I.P. Mr. Wiesel, and long live your hair!”