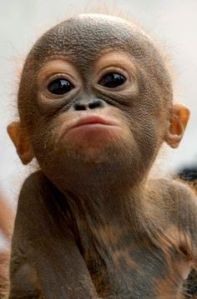 Walled-In-City, New Jersey.   Donald Trump today announced he has shaved his head in order to intimidate Hilary Clinton into conceding the 2016 Presidential race to him.   “My ancestors have been shaving their heads in preparation for war ever since they first climbed out of the gold mines of Germany over 300 years ago,” Mr. Trump said earlier.   “My Pops always told me, ‘Little Donnie, if you’re ever in a battle over something that will inflate your bloated ego even more than it is now, shave your head and screech at your enemy.  It will terrify them into running away from you due to your superior, masculine prowess and dashing good looks.’  Hilary’s in for a shock when she sees me without my hair.  I’m gonna screech, howler, and chirp at her until that liberal, atheist, fem-nazi hussy begs me to be her lord, master, and President.   And once I’m President, I’ll make it law that all members of the GOP shave their heads in order to show their undying allegiance to me, Donald Trump, the greatest Republican to ever live.”