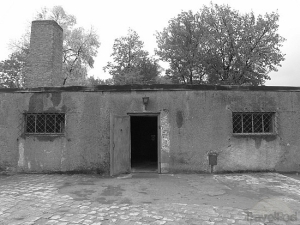 Donald Trump Plans On Using Gas Chamber/Crematorium Combinations, Like This One In Auschwitz, Germany, To Eliminate The Muslim/Mexican Problem Once He Becomes President

Iaintshittin City, Iowa.   Donald Trump today announced he planned to hold several mock gas chamber executions of Mexicans and Muslims in preparation of being crowned President of the United States next November.   “Thing that Hitler did wrong in eliminating the Jews, man, don’t even get me started on the Jews,” Trump said this morning, “was he waited too long to use gas on them in mass.  Killing in mass, then immediately cremating the bodies as one big group, eliminates the smell of rotting corpses, makes cleaning up afterwards easier, who likes to wipe up blood, yucky, and is very cost-effective.  Bullets are really fucking expensive. 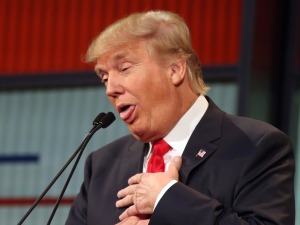 Donald Trump Illustrating How People Die In A Gas Chamber

So, in preparation for my coronation next November, I’m asking Muslims and Mexicans to volunteer for my “mock” gas chamber executions to help make the real process go faster next year.  Look, I’m gonna come for you all next year anyway, so why not make things easier and volunteer for this practice run now, eh?  If your interested, please email me at trumpsabigot.com, and I’ll have someone come collect you ASAP.  Thanks, and God bless.”