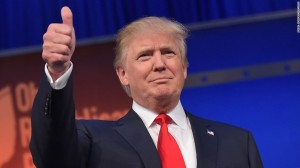 Donald Trump Moments After Announcing He “Wiped Out” The Middle East

Nazi City, America.   In rather unsurprising news today, Donald Trump announced he launched several nuclear missiles at what he calls, The fuckin’ shit-heals in the Middle East.   “I used my great wealth and the Second Amendment to the U.S. Constitution to build up a vast nuclear arsenal over the past few years,” Führer Trump said earlier today.   “Last night I launched 45 nuclear missiles at the Middle East, and this morning, I got word that Turkey, Syria, Iraq, and Iran have been turned into radioactive wastelands.  The only unfortunate bit of news I have to report is that the missiles intended to hit Yemen hit Greece instead.  Oh, well, I’m sure my fellow Americans will be able to live with a little bit of collateral damage knowing I wiped out pretty much all of our troubles in a single night.  Besides that, I never really cared much for Greek food.  Tonight I’ll send more nukes to finish off what’s left of the Middle East.  I’m certain that by doing this my chances of becoming President have greatly increased.  God bless America, and God bless freedom!”