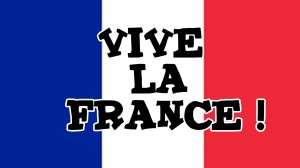 Greetings to all infidels and defilers of Islamic law, my name is Admiral Taslim Ackbar, Killer of Infidels, and Allah has sent me to kill you. Allah has become increasingly sickened by the existence of Christians, Jews, a-theists, and every other infidel out there who refuses to accept that he is the one and ONLY true god there is. (Just as a side note, he is NOT angry with any infidel for dissing his prophet, Muhammad, at the moment. This is because Muhammad owes him a great deal of money from a bet he lost to him on the Super Bowl, and until it’s paid, Allah will act as if Muhammad doesn’t exist).  However, Allah IS angry, beyond all words, by the arrogant disrespect infidels show him by choosing to be infidels in the first place. So, if you are an infidel, Allah wants you to know he hates you. He hates you SO much, in fact, that he’s proclaimed you must be executed as swiftly as possible for he can no longer stomach your existence. And he has chosen me, Admiral Taslim Ackbar, to be the vehicle through which this is accomplished.

However, before I bring Allah’s bloody vengeance down upon all infidels, I must first ask a question that I’ve pondered my whole life: How could any intelligent man chose NOT to be Muslim?! What an outstanding, manly religion Islam is!  It has everything any male monotheist could ever ask for in an ancient, outdated, dogmatic belief system. Below are but a few of its more desirable qualities.