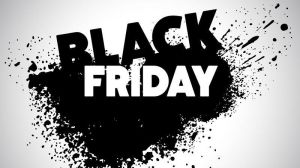 Anytown, New Jersey.   There will be no sale on the day after Thanksgiving this year in America because Black Friday was shot 47 times by the police yesterday while walking through a white neighborhood in New Jersey and killed.  “It was horrible,” said Sally Ballsman, a witness to the shooting.  “Black Friday was just walking down the street when two cops walked up to him and asked him what he was doing there.  When Black Friday reached into his pocket to retrieve his I.D., the two cops opened fire on him and emptied their guns into him.  They then reloaded their weapons and fired them into Black Friday’s supine body until they were once again empty.  I heard one officer say to the other, ‘If only black people weren’t so scary lookin, we wouldn’t have to treat ’em so harshly.’  I feel really bad for Black Friday and all the people who were looking forward to a nice sale the day after Thanksgiving.  Sucks that cause of police violence against blacks we’ll have to pay full price for our Christmas presents this year.”