Genocidal City, New Jersey.    Republican Presidential candidate, Donald Trump, announced today that he has rebuilt the Death Star, last destroyed in 1983 by Jedi Knight Luke Skywalker and his Rebel Alliance, in order to use it on Mexicans.  “Imagine how much faster the Native Americans would have been wiped out had our white American ancestors used a weapon like this on them,” Trump said earlier today. 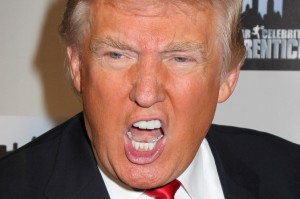 “There can be no doubt about it,” Trump also said. “Mexicans are the greatest threat facing wealthy, white American bigots like myself today.  Sure, they take care of our gardens and our children, and they clean our homes for as little as we can legally get away with paying them, but, besides that, what good are they?   They don’t look like us.  They don’t speak our language, and most of ’em are poorer than church mice.  You simply can’t get more un-American than that.  So, through various snaky and slimy legal loopholes, I’ve managed to spend several billion dollars, all at the tax payers’ expense, mind you, to reconstruct the Death Star in order to obliterate the “Mexican” problem permanently.  Our loving forefathers wiped out the pestilence that was the American Indian to the point that, today, very few of them remain, and those that do certainly pose no threat to our white way of life.  My goal is to use the Death Star to do the same with the Mexicans.  I simply must keep America pure for real Americans.  What kind of President would I make if I didn’t?  May The $Force$ Be With You.”