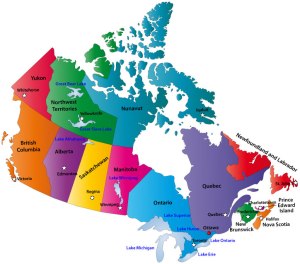 89% Of Americans Think Canada Is Part Of South America

Idjit Town, Illinois.    In news today that is, surprisingly, very believable, University of Chicago Political Science Professor, James Muthafker, released the results of a study he conducted over the past 78 years which proves, conclusively, that 89% of Americans believe Canada is located in South America.   “The ignorance of Americans, as it pertains to geography, is horrible,” Professor Muthafker said earlier.  “This study, which I conducted over the past 78 years, proves this.  I asked hundreds of thousands of Americans, over almost 8 decades, where Canada was.  89% of them said it was, without question, in South America.  Upon my telling them they were incorrect, and that Canada is, in fact, part of North America, 65% of those who gave the incorrect answer punched me in the face and cried out, How dare you claim America has someone in the North with it!  You fuckin’ anti-American dog!  Fuck you!   Needless to say, after 78 years of this treatment and multiple broken noses, I decided to end the study and announce my results to the world.  Now that I have, I’m going to retire to the South of France, which, ironically, IS in South America.”