Stream The Brilliance Of TACP Straight To Your TV With PontificatorFlix

Here are a few original shows now in production for our new video streaming service, PontificatorFlix. It will be available starting this June for a small monthly fee of two Christian infants and a donkey not weighing less than 100 pounds. Sign up now, and receive a free set of Republican-Thumpin’ brass knuckles designed to knock even the densest Republican brain into oblivion.

2.) The Walking Fred: Freddie Mercury returns from the grave and walks the earth looking for other undead musicians in order to create a new band called, The Risen Queen.  Enjoy great music and shocking, gore-filled special effects in this soon to be classic horror show produced exclusively for PontificatorFlix.

Freddie Mercury Returns From The Dead In: The Walking Fred

3.) Dick Cheney & The Terrible, No Good, Very Rotten, Bad Day: Former U.S. Vice-President and rat-bastard extraordinaire, Dick Cheney, awakes one day to discover he’s been transformed into a 30-year-old, female, Asian prostitute enslaved to a sadistic Iraqi army general named, Eval Mean Dude. Watch in joyful glee as the former V.P. embarks on a life of sexual slavery in a country he once bombed into oblivion while looking for weapons of mass destruction that never existed. This one is rated TVMA for its graphic, and repeated, use of the phrase: “Republican mother fucker, take that!” 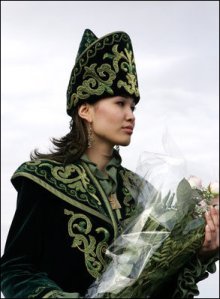 That’s all for now, but check back soon for more info on more shows coming soon to PontificatorFlix.