God today released a rather unexpected message regarding the Apocalypse. “Dear humans, I have some bad news and some good news for you. I’ll start with the bad: the Apocalypse is coming, and soon. Now for the good news: it will only affect Christians. Yep. You heard me right. The Apocalypse will be here in just a few days but will only affect Christians. I’m gonna vaporize the little whining bitches and blast their atoms across the cosmos. The rest of you won’t be affected at all, except for the fact you will no longer have to listen to homophobic, end of days bullshit from Christians. I, myself, just can’t stand to hear it anymore. I don’t know how the rest of humanity deals with these self-aggrandizing idjits who point their fingers at others condemning them in my name for things I don’t give a shit about. Who are they to even remotely think they’ve a right to speak for me? Assholes! And another thing that just grinds my panties into a ball is that SO many of them completely refuse to use the brain they’ve been given. They continually deny scientific realities like evolution and geology by saying the universe is only 6000 years old and man and modern apes did not evolve over millions of years from a common ancestor. IDIOTS! 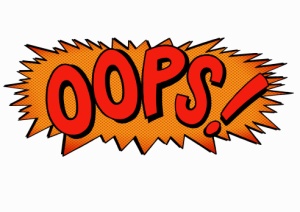 The Christians Are In BIG Trouble With God!

Therefor, since they talk of an Apocalypse so much, I’ve decided to give them one, but ONLY them. I’m vaporizing them into non-existence. They aren’t going to Hell. They aren’t going to Purgatory, and they aren’t going to Heaven. They’re getting blasted into the nothingness from whence all things came, including me. Yes, this is bad news for Christians, but, for the rest of you normal humans, I’ve a feeling you’ll be quite pleased by my decision. Now, if you’ll excuse me, Leonard Nimoy and I are having dinner to discuss my ideas for a new Star Trek film about Spock’s adventures in the afterlife. Goodbye.”

41 thoughts on “Apocalypse To Include Only Christians, Says God”