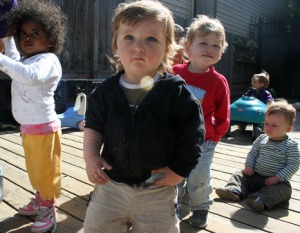 Toddler Hoods On The Lookout For Trouble In The Windy City

Chicago, Illinois.   In news that is as shocking as it is untrue, packs of hooligan toddlers have been terrorizing the streets of Chicago by bullying, robbing, and verbally insulting all who get in their path. “It’s brutality the likes of which I’ve not seen in my 25 years on the force,” said Chicago Detective, John Jacob Jingleheimer Schmidt. “These toddlers have respect for no one. Just today, two of them knocked over an 87-year-old woman and stole her purse. Then they called her a ninny because she had no candy in it. Oh, the humanity! They think that because they are all under six years of age that the law simply does not apply to them. Well, let me tell you, it does. 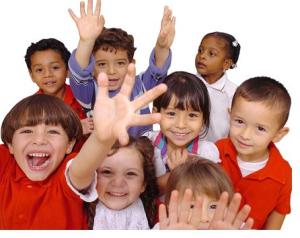 They will all be caught soon. I guarantee it. And each and everyone one of these hoodlums will be placed into an appropriate preschool where they will not only be taught to respect their elders, they’ll be properly potty trained. They’ve developed the idea that public sidewalks are their own private toilets. That’s not only unsightly, it’s unsanitary. It ends soon, you punks. So, if you are reading this, know your days of terror are at an end. I’m coming for you with a one way ticket to preschool and several boxes of diapers. You can run, but not for long. Your legs are too short.”

33 thoughts on “Packs Of Toddlers Creating Terror On Chicago Streets”