Rainbow Bridge, Asgard.  “You see,” Jihadist Abba Dabba PooPoo said to police this morning, “I forgot to take my glasses when I went to carry out the will of Allah by blowing up the Cute ‘N Silly Cat Toy Company in Columbus last night. They were making a cat toy that, if you looked at it upside down, in the moonlight, on the 12th of September, in the rain, at 3:43 AM, sorta, kinda resembled one of Mohammad’s shoes. 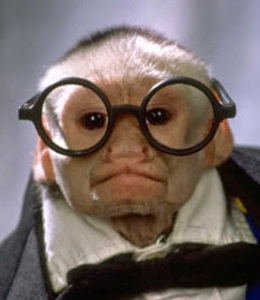 Thus, the company, and everyone in it, had to be blown up for turning a piece of the Prophet’s wardrobe into a cat toy. However, though I remembered the C4, I forgot my glasses when I left my apartment to carry out my task. And, as a consequence, mistook the Allah Saves, Inc. Mosque, which was across the street from the cat toy company, as the cat toy company. I blew up a mosque that was filled with dozens of praying Muslims by accident. On the bright side, however, according to what Allah has revealed to me through a dream, I still get 36 virgins when I reach Heaven for my jihad attempt. Apparently, ANY attempt at killing infidels is rewarded with virgins. You simply don’t get the full complement of 72 virgins unless you actually kill the people you were suppose to. Mistakes happen. Allah knows that. The Mosque was simply collateral damage. I can live with that. For 36 virgins in Paradise, who couldn’t?”