The Tea Party announced today they’ve created a new product which is guaranteed to keep you, and your loved ones, safe from the pestilence of liberals forever. “Many of us in the Tea Party have grown weary of pointy nosed liberals poisoning our wells, eating our children, and voting in our elections,” said Tea Party member and former Presidential candidate, Mitt Romney. 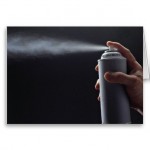 “The Tea Party pulled together its vast resources and paid millions to Igor Flopdick, a former KGB agent who specializes in unique ‘pest’ elimination problems, to create Liberal Away for us. He did not disappoint. Liberal Away kills liberals on contact, yet remains completely harmless to Conservatives and Tea Party members. It is a new type of smart poison that, once sprayed, drifts in the air, harmlessly, until it comes into contact with a liberal. Once it does, he or she has less than 3 minutes to live. Thanks to the efforts of Mr.Flopdick, and the Tea Party, we now have an effective way to keep our children, our pets, and our elderly safe from the stench and filth of liberals forever. Amen to that I say. Amen to that.”

14 thoughts on “New Product Keeps Your Family Safe From Liberals”