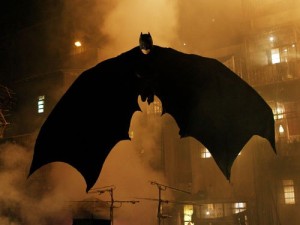 Batman, aka, The Dark Knight, was denied membership to the Avengers this evening ending a week-long trial with the group.  “We hated to say no,” said Captain America, “but the guy just isn’t playing with a full deck.   First off, he has ZERO super powers.  Hell, even Hawkeye has a super sense when it comes to placing arrows in people’s eye sockets, but Batman, nothing.  So that alone makes him a liability should we be fighting, say, Thanos and his intergalactic hordes.  Secondly, the dude has MAJOR anger management problems.  The Hulk, The Hulk, mind you, accidentally bumps into him in the chow-line the other day, and the dude friggin’ goes off on him like an a-bomb. Bats was cursing, punching, and kicking with such ferocity that had it been just an average guy and not The Hulk he was hitting, he would have really hurt him.  The Hulk, however, just said something to the effect of, ‘Puny leotard man bother Hulk,’ then flicked his finger and Batman wound up 50 yards away and unconscious for an hour.  Not good thinking there, Bats.  So, for his own good, and the stability of our team, Batman will not be joining the Avengers.  Robin will be here for a trial next week. Doubt he’ll impress us with any super powers, but odds are he’ll be sane at least.”

6 thoughts on “Avengers Say No To Batman”