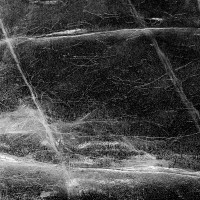 Black Ice appeared on the PBS show, FRONTLINE, last night and said stress from racial discrimination has forced it into a life of prostitution and methamphetamine addiction. “This fuckin’ blows, man!” Black Ice confessed. “I mean all anyone EVER says about me is, ‘Watch out for Black Ice! That shit is dirty, sneaky, and slippery as fuck. You’ll break your neck should you walk on it.’  Always blamin’ the black dude, man. Like, what, White Ice ain’t fuckin’ slippery? No one ever broke their neck on it? So I melted and refroze. How does this make me an enemy of the people? WHAT exactly is BETTER about White Ice? Does it somehow magically hold people more safely to the ground when they walk on it? Does it provide warmth and food to the homeless? NO! All White Ice has going for it, that I don’t, is that it’s WHITE! Big hairy, fuckin’ deal! This is racism at its worse, man!

White Ice, Is It Really Better?

Martin Luther King died fighting to end this kinda bullshit! He had a fuckin’ dream, that one day, White AND Black Ice would live together as equals, and be EQUALLY blamed for neck-breaking slips and falls. But that ain’t what’s happened, man! Black guy STILL gets blamed for everything. Shit, I’m surprised I’m not blamed for causing sunburns, too. It’s time people know that I’m not without feelings, and I’ve been hurt terribly by this horrible injustice. I’ve become hopelessly addicted to methamphetamine because of it, and I’m forced to whore myself to pay for the drug, a life I’d not wish on my worse enemy. I’m coming out about this now hoping that people, if they do nothing else, will at least open their eyes the next time they’re walking on White Ice, and realize that it is as fuckin’ slippery and dangerous as any brother they’ve ever slipped and fallen on!”

17 thoughts on “Black Ice Says Racism Has Destroyed Its Life”