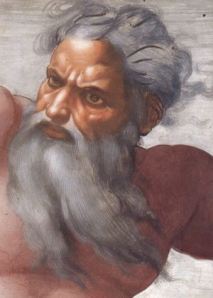 In shocking news today from Paradise, God, the Father Almighty, has announced He’s sold Heaven to Disney Studios for an undisclosed amount and will be retiring to Orlando, Florida on December 25th of this year.

“That’s my son’s birthday,” said God. “I’ll throw him a nice party on the beach in Orlando; then plan the rest of my unending existence right after that. I’ve truly had it with trying to help save human beings. They’re an unappreciative bunch of self-aggrandizing little shits. They’re not worthy of the unending happiness in Paradise I prepared for them, especially the Christians. I realized yesterday that, emotionally, I couldn’t do it anymore. It takes a shit-load of time, effort, and money to run a place like Heaven, things I no longer have enough of to waste. So I decided that, if George Lucas could sell ‘Lucas Film’ to Disney, I sure as hell could sell them Heaven and retire to Orlando.”
God concluded by saying, “Disney is planing on turning Heaven into either a huge multi-screen TV sports bar, or a top of the line Jewish Deli with a multiplex movie theater connected to it. Either way, I wish them well, cause I’m done with it.”