“But only in the sense that monotheism evolved to rise highly above polytheism on the scale of Infallible Correctness created by and for Christians,” said Professor, Don Asa’Dorbell, an expert on Christian and Creationist circular rhetoric.

“Because I am a Christian, and my ‘Faith’ tells me The Bible is 100% true, I am in the perfect position to cast judgement on other people and their beliefs. For example, there are certain groups of people today who are so ignorant, so undeniably dumb, that they STILL practice polytheism even though that belief is clearly an evil one, placed in the world by Satan to lead people into Hell. Hindus are one such group of fools not to embrace the reality their flesh will be repeatedly burned from their bones for all eternity if they do not accept Jesus as the only god who exists. It is a fact of Creationist Science, the ONLY science that matters since it has EVERY answer to EVERY question one could ever ask, that polytheism is a primitive, primordial system of belief. It was surpassed by monotheism, ages ago, as the ONLY correct and intelligent way to view the unseen and completely unprovable, existence of the creator of all things: God/Jesus. Every other ‘god’ that has ever been worshiped or thought to be true is but a fiction: a character created by Satan to lure sinners into Hell. 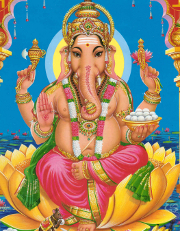 Ganesh: A Deity Made Up By Satan

Jesus, by rising from the dead, proved to the world he is the only God that exists. The Bible says this. The Bible is infallible. My ‘Faith’ tells me this is true, and EVERYONE knows how great a thing ‘Faith’ is and how the deference it receives is justly deserved. Thus, I know for a scientific fact, because I saw it in a ‘Faith’ inspired dream, that Jesus will soon go door to door, if need be, to personally kill, and send to Hell, every person holding a polytheistic belief or thought, no matter how faint it may be. 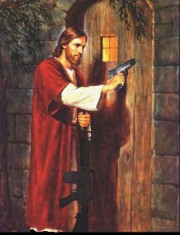 As for those who consider themselves to be monotheists, but worship a fictitious god, such as Muslims and Jews, Jesus will let them live out their natural lives but send them straight to Hell the moment they die. And as for those devil-spawned, evil fools, the a-theists, Jesus’ hatred for them knows no bounds. Thus, he will send them straight to Hell, while yet alive, to let its fires burn them, first to death, and then for all eternity. Their black, faithless, evil souls clearly deserve this for their arrogant disbelief in the obvious existence of Jesus and His Love for us all. So if you are a polytheist, a monotheist worshiping a fictitious character, or, worse of all, an abominable a-theist, repent for your sins NOW and accept Jesus as your All-loving God or suffer his hatred for you and burn forever in Hell. Your choice.